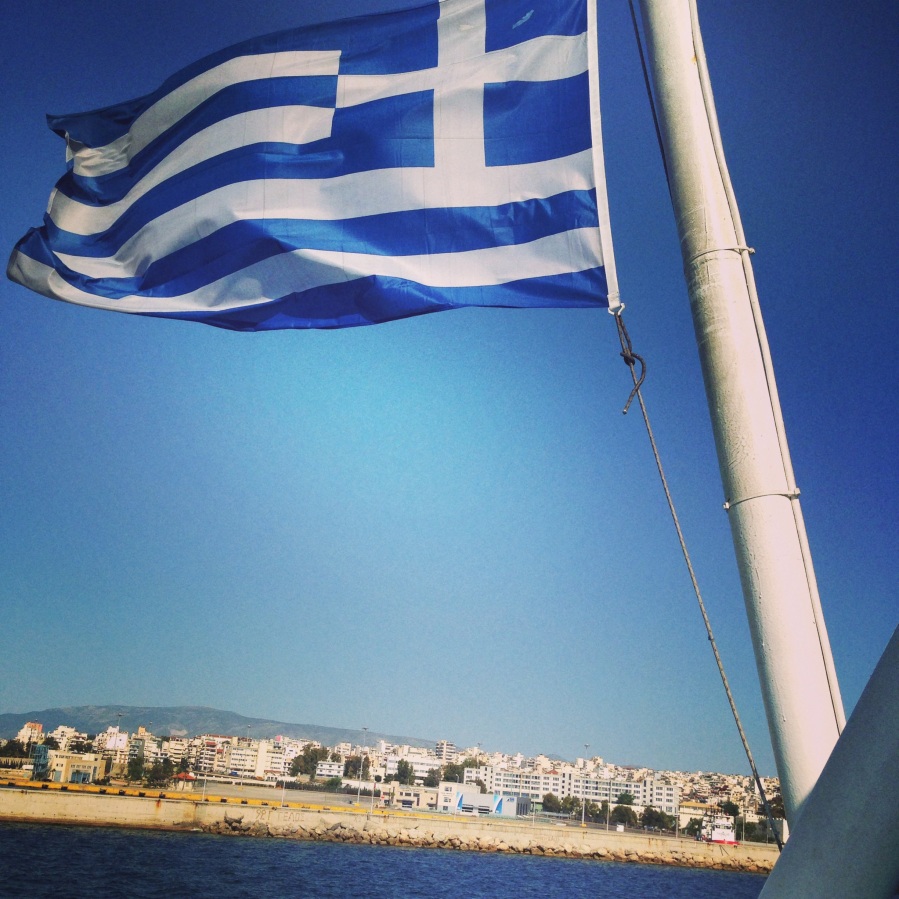 As some of you know, I was in Greece for nine nights and returned two Sundays ago. After a week of jet lag and battling a summer cold, I am finally feeling like my old self!

John Paul and I were both in his brother’s wedding in the beautiful island of Aegina, just a short ferry ride from Piraeus. After a nine hour flight from Charlotte to Munich with a short connection,  a 2 1/2 hour flight to Athens, and just over an hour ferry ride to Aegina, we finally made it just in time for a quick shower before the rehearsal dinner at 9:00 p.m.! 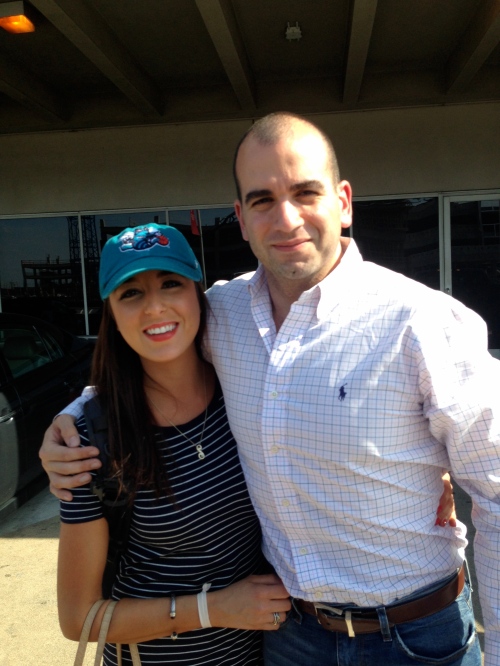 Quick pic before we jumped on the plane to Greece! That would be JP’s Hornet’s hat on my head and I’m wearing the comfiest maxi dress from Target.

On the ferry to Aegina.

I stopped drinking regular coffee for health reasons,  but I made an exception while in Greece. My go-to coffee drink was a Cappuccino Freddo–the cold version of a cappuccino. This one I had on the ferry I swear was the best of the whole trip!

View from our ferry.  We’re in Greece, baby!

The rehearsal dinner was right on the beach and a lot of fun (maybe too much) and we consequently slept until almost noon the next day! I’m blaming the jet lag… 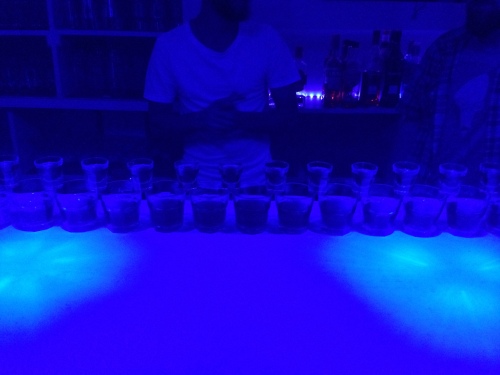 The wedding was something out of a fairy tale.  It was a warm, sunny and miraculous day! We saw the most beautiful sunset of our entire trip that evening!

Bride and groom riding off into the sunset

The sunset became more beautiful with each passing second! I couldn’t put down my camera!

The sky was on fire. 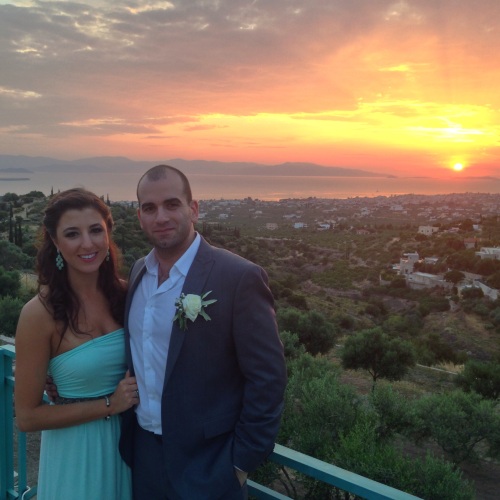 A boat cruise had been organized for Monday and I knew I did not want to miss out on that. We had to be back in Athens that night and we could NOT miss the ferry (or else the Santorini portion of our trip would be kaput), but I had way too much FOMO not to go on the cruise. It was worth an anxiety induced restless night.

Captain Chris took us to neighboring uninhabited islands surrounding Aegina.  My favorite part of the excursion was swimming in this sea cave. 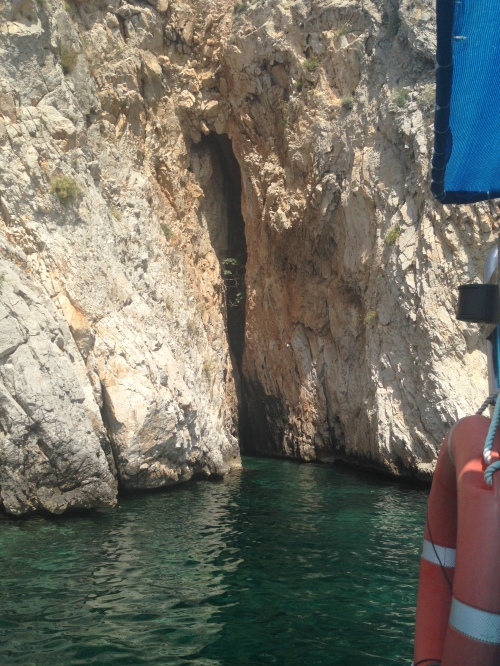 The water is generally so high that you have to dive into it, but the water was low, so we swam right through.  Through the narrow entrance of the cave, you had to be careful not to touch the sides or the bottom or else you’d be a sea urchin’s lunch. The inside of the cave was so cool, apparently a huge seal lives in there but it was not present at the time. We all held onto the volcanic rock to absorb some energy. I needed all I could get to power me through the next 5 days! 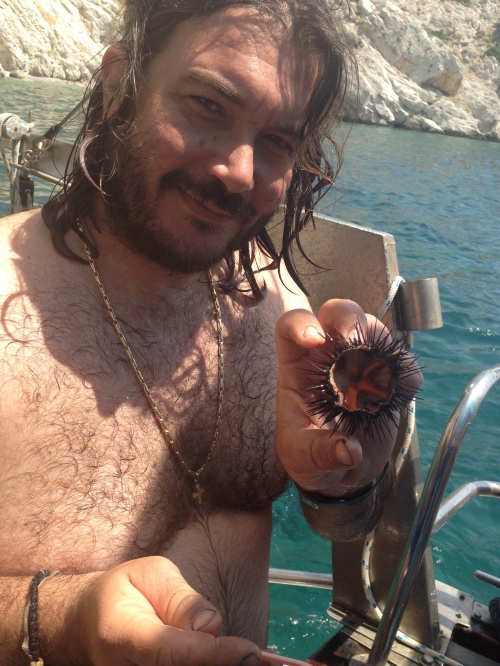 Captain Chris and his sea urchin

I ate sea urchin roe fresh from the Aegean Sea. It was very salty and almost dissolved in your mouth. 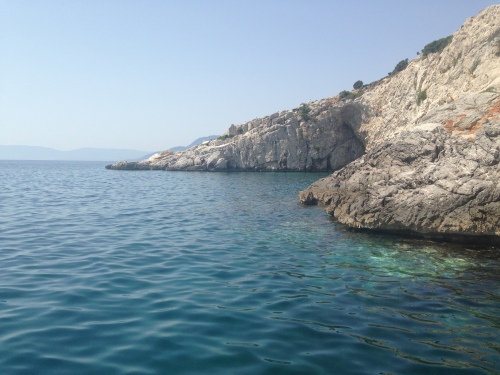 View from our boat

The clearest most beautiful water I’ve ever seen

I could stare at this view all day.

Some light reading and white wine out of a plastic cup 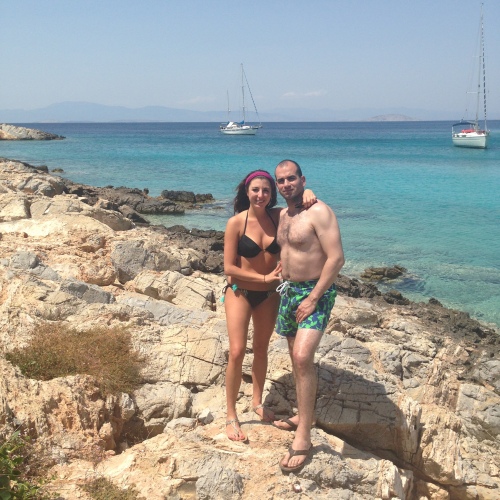 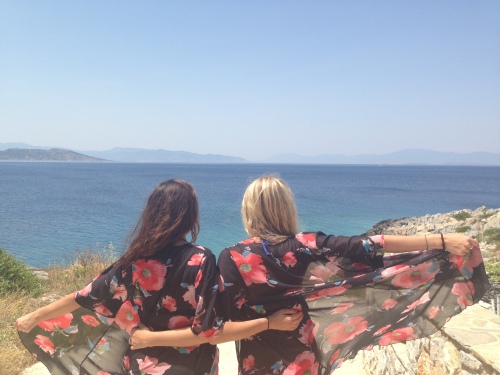 Remember how I was obsessing over finding a kimono? Well, Sara shared my obsession and we bought the same Forever 21 kimono on the same day without even telling the other we had been looking. We were meant to be in the same family!

And that’s an Aegina wrap! I can’t wait to return to this beautiful island. It has a small town feel, but with  plenty of nightlife, gorgeous beaches, amazing cafes, restaurants and shopping!

Published by The Lady Olive

View all posts by The Lady Olive

The Lady Olive is a personal blog written and edited by me. All thoughts and opinions expressed herein are my own. All sponsored posts and gifted items will be clearly indicated as such. All pictures are taken by me unless otherwise noted. If you would like to share images or content from The Lady Olive, please give proper credit and link back to my blog.
Loading Comments...
Comment
×
%d bloggers like this: